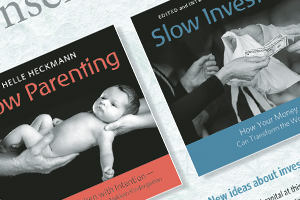 LILIPOH Publishing needed a cover design for its new “slow” book series. The first book came with a striking photograph. A simple design was built around it, then given a different color for each book. A full-page ad highlights the new series as a whole, while featuring the first two books. 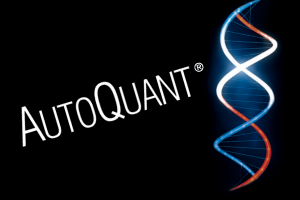 A small, innovative tech company. Making fancy imaging software for the microscopes of biology researchers. Cool stuff. Initially, AutoQuant needed some ad designs, and the team had clever ideas for the message! Which were turned into amusing visuals.

The company already had a logo, but with a major new version on the horizon, dubbed AutoQuant X, the software needed its own visual brand. The solution? An X shining out of a DNA helix, giving the company a slick, modern look for the new product. The CD packaging and promotional materials emphasize the new graphic, alongside fascinating imagery from the microscopes which reveals some of the magic tricks this software can do.

The successful start-up was soon purchased by a larger company.

Merci was always a bright burst of confidence and enthusiasm. She had published a book titled From Doormat to Diva’s. Now she was ready to be a public speaker, with the same message. Kapow!

We began with a bright brochure in an unusual format: it literally bursts open! The brand was expanded to a series of posters, ads, and bookmarks — each with same unstoppable energy that Merci brings into a room.

Today, Merci is a professional coach.